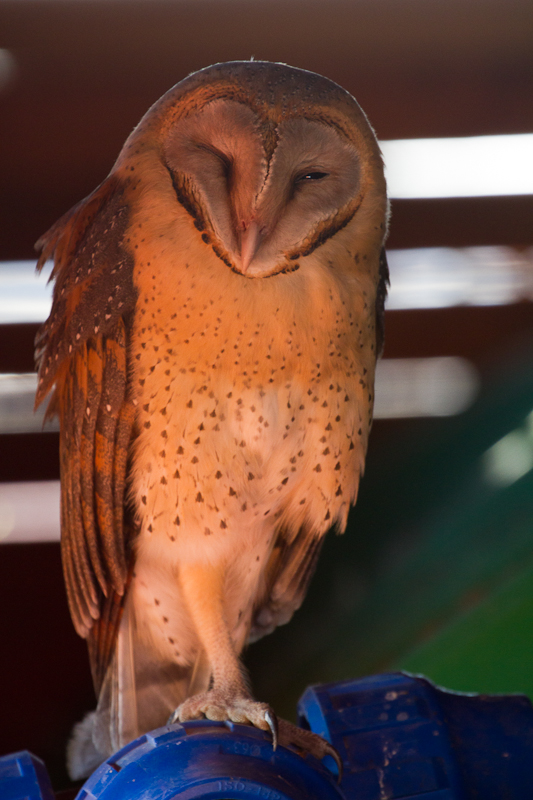 The time has come … here’s my account of day 8 in KTP, our last full day in the park.

It was inevitable that the day would be a bit of a write off, having been awake all night. I had become far too obsessed with the sheer amount of barn owls paying us a visit at Killiekrankie in the dead of the night and I had become attuned to hearing that all too familiar ‘chink’ of their claws as they landed on the fence around our cabin’s deck. With each landing I’d wake from my light slumber as if a baby was howling my name, and I’d leap for my camera and throw myself to the end of my bed to try and catch a shot through the huge picture windows of our cabin. With each attempt I’d hear my husband’s muffled laughs from under his bed covers as I got more and more frustrated with my failed attempts. Obsessed could not even begin describe my ambition to capture an image of a barn owl that evening.

Sharing my tales of woe with Jacques (the camp manager) the next morning he promptly smiled and beckoned me over to cabin two – there, bold and brass and in broad daylight were two barn owls sleeping on the water tanks. I didn’t know whether to cry with joy or despair – but either way I relished the moment to be so close to these incredible creatures.

It was all my hubby could do to drag me away from Kieliekrankie that day – and with heavy hearts (but feeling very privileged for our time there) – we checked out, vowing to return as soon as possible…heck, I’ll admit, we even discussed relocating 🙂

We were very aware that this was our last full day in the park and, wanting to make the most of every opportunity, we headed north to the 14th borehole in search of the nesting barn owls. Luck was not on our side, so we returned south towards Twee and en-route we picnicked at the Kamqua picnic site, spending every minute possible spotting wildlife. We were lucky enough to stumble upon some unusual behaviour from a bateleur who was on the Aoub riverbed, wings spread, seemingly heating his belly and underside of this wings in the afternoon sun. Such a comical sight!

3-4 km north of the Montrose waterhole we stumbled upon the most amazing sighting – we found a family of curious barn owl chicks in a roadside tree! 4 chicks were huddled into a sociable weavers nest, taking it in turns to rotate position and peer into the outside world. One wee chick was particularly enamoured with a secretary bird prowling under their tree, so much so that I worried he might lean over so far that he’d ‘fall out’ of the tree and reveal their nest.

That afternoon we saw an array of birds of prey – PCJs, Ospreys, Kites and Eagles appeared roadside from Monro to Houmoed, including a young gabar Goshawk who was determined to ‘strut his stuff’ for the ladies.

We arrived at Twee later afternoon and quickly settled in – repacking for our drive to Tankwa Karoo the following day. We were visited by mongoose, huge bees and squirrels before heading over to the restaurant for a lovely meal (springbok pie is recommended) before our evening drive.

We had initially booked on the midnight drive from Twee, but a combination of freezing temperatures and all encompassing tiredness after a week in the desert forced us to an earlier evening drive.. and we were not disappointed. Anna (our guide) was fantastic and treated us to our first ever sighting of the unsociable spring hare as well as sightings of bat eared foxes, cape fox, a wild cat and a large spotted eagle owl.

We collapsed into bed that evening exhausted from the excitement of the evening, wishing we had just one more night in KTP.

More photos from our trip are available in the Taraji Blue Kalahari photo gallery.